Well, it appears that Donald Trump may have had some information that many did not have when he criticized John McCain in a recent Televised event where most of the context of the Audio was cut out.

Even Fox news never showed the full context of the comments that were instantly made controversial.

The thing is there are some reports that John Mccain may have done something to deserve that criticism and guess what as usual most of the media is ignoring this information while still criticizing Trump for Criticizing McCain. 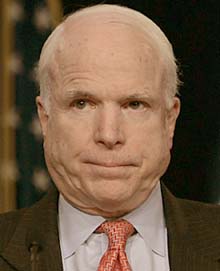 In June, Nevada’s Republican Sen. Dean Heller tried to get the Pentagon to change its practice of banning arms from our soldiers on bases and in recruiting centers here in America. Unfortunately for our soldiers, John McCain was the principle foe of the move and helped to defeat the arming of our soldiers, a decision that recently had deadly consequences in Tennessee.

Last week Nebraska Senator Dean Heller appeared spoke to radio host Kevin Wall on KKFT AM in Carson City, NV, to talk about his amendment and noted that John McCain himself defeated the move to arm our soldiers.

Wow, now this is a huge news story, What if John McCain had done the right thing here?

What if, he had been pro active, I am certain he would have had he known that there were credible threats, but wait, he may have had information that might have developed into credible life saving actions had he only done the right thing.